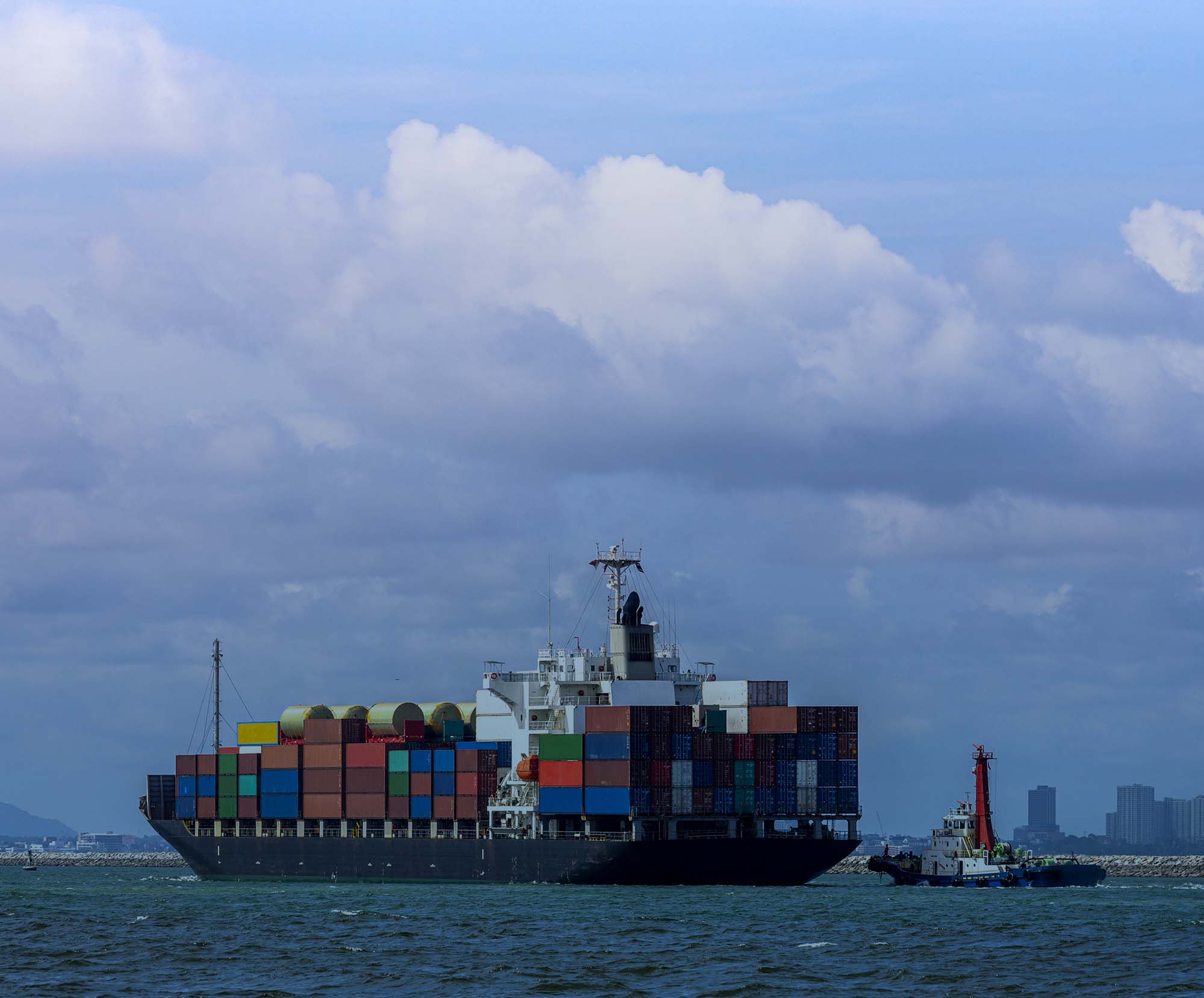 The maritime sector seeks increased efficiency in moving goods and passengers from berth- to-berth, because of the intense competition between the various players, such as shipping companies, ports, global port operators, and hinterland operators. As a transport sector, the maritime industry also competes with options such as trucking and railway. However, because it is a self-organizing ecosystem of many players, the sector lacks the overall ability to optimize its operation. The risk of system detrimental sub-optimization is ever present when each independent player acts in its self-interest. Thus, there needs to be agreement that some actors might have less than optimal operations in order in order to ensure that the port ecosystem as an entity is operating optimally.

In most ports, the principle of first come – first served is standard practice, causing unnecessary inefficiencies and putting unnecessary externalities like high levels of pollution and Greenhouse gas emissions. This is often the result of poor integration between contractual issues, legal constraints, and local practices resulting from decades of legacy customs and culture. Digitization of the maritime sector, e-navigation efforts, and integration of sea transport into a holistic transport system, call for enhanced harmonization on a global scale so that the some of the inherent issues of a self-organizing ecosystem are resolved to improve sector efficiency.

Lately, a lot of attention has been paid towards port call optimization as an expression of the need to integrate sea and port operations. Consequently, this also means that port call optimization needs to be integrated with inbound and outbound logistics. Ports are complex operation as they are hubs often seen as single actor serving sea and land transport. As the same time, they consist of multiple actors who must act cooperatively to be an effective hub.

When visiting a port, shipping companies and hinterland operators are episodically tightly coupled with a range of port facilities. They must participate in closely coordinating both external and internal processes. In the following figure, the integration of internal and external collaborative processes associated with the various episodes of tight coupling of port call optimization are elaborated.

To manage the complexities of integrated performance of internal and external collaboration, the PortCDM concept was introduced as a concept of Sea Traffic Management. It facilitates collaboration to enable the optimal realization of port visits by flexibly balancing capacity utilization and turn-around time to minimize port visit disruptions.

PortCDM was inspired by the aviation sector, in which considerable gains have been achieved by the European aviation system, such as shorter flight times, a reduced environmental footprint, and enhanced precision in arrival and departure times. PortCDM supports the port call optimization process by promoting:
– The extension of planning horizons
– The sharing of the timing of future events for the coordination of the port call process
– The combination of multiple sources of data for enhanced predictability
Machine-2-machine connectivity for instant sharing of data from the source based on agreed message formats and interfaces for digital collaboration
– Shared situational awareness by sharing data on the progress of a port call among internal and external involved actors
– Acknowledgement of discrepancies in the port call process
It also takes into account existing standards and collaboration platforms and ensured compatibility as needed.

A port’s organizational role varies depending on whether it is regarded from the inside or outside. Externally, a port is a hub acting on behalf of all port actors. Internally, each port actor is an agent acting on behalf of the port and its interests. Further, this means that each role needs to distinguish between when communication is part of an internal or external collaboration.

Optimal realization of port visits needs two practices to become more integrated than today; the practices of sea operations and port operations. This means elaborating on a precise conception of data sharing within and between the two practices, as follows:

In order to support the process of international harmonization, there is a need for a global governance structures for PortCDM. Derived from the Sea Traffic Management Project, the international PortCDM Council has also been established and is comprised of members of maritime associations, maritime authorities, and port authorities for the purpose of global governance of the PortCDM concept as well as providing recommendations for regional and local implementations.
Different actors in the sea transport value chain now aspire for PortCDM to be extended to internationally harmonize sea transport as part of a holistic transport system. To be emphasised; the introduction of PortCDM does not mean that there is a need to substitute the installed base to become PortCDM compliant. It is rather a question of acknowledging which collaborative aspects of a technical and procedural character that the port builds upon as a driver for making the port part of a maritime practice built upon collaboration.

A growing concern, not to be ignored, is cyber security, authentication and data security, including access control of to be shared data. The PortCDM concept is embedded in the IMO e-Navigation initiative and is utilizing the Maritime Connectivity Platform (MCP) as currently developed and tested worldwide. This allows the integration of the PortCDM concepts described above in the wider context of maritime digitization.

Self-organization is an essential characteristic of maritime transport. The implementation of PortCDM through standardized messages and collaboration principles requires a cooperative ecosystem environment. The self-interest of each of the parties will often be best served by recognizing that a system is more than the sum of its parts. For example, a ship is a keystone actor in a port call and optimizing a turnaround might result in some sub- optimal outcomes for other players. However, optimizing turnarounds overall makes a port more attractive and can generate more visits and business expands for all players. In a multiplayer environment, the team has to identify a singular optimization goal so that will ultimately generate more for everyone.

Extending PortCDM to optimize operations adds another data dimension. Collaboration requires data sharing, but optimization requires data analysis. It requires predictive analytics to determine when events are likely to occur and prescriptive analytics to specify the optimal resource allocations to achieve goals. As a result, the level of data sharing will likely have to increase to accommodate data analytics. Clearly, the various members will have to be convinced that it is in their long-term interests to deepen the level of data sharing to support analytics. Thus, it is essential that they recognize that a self-organizing ecosystem can achieve system effects (the total is more than the sum of the parts) by higher levels of collaboration.

www.stmvalidation.eu
STM connects and updates the maritime world in real time with efficient information exchange. In the 60s the standardised container revolutionised shipping. The next revolution is the containerisation of information – creating a safer, more efficient and environmentally friendly maritime sector.

Inspired by what digitization can bring to the maritime industry we offer possibilities for enhanced digital collaboration between shipping companies, ports and terminals.